Our Challenges and Goals

The ABI is currently based in and around Anchorage, Alaska.   Anchorage is at latitude 61°N and is located in a region designated as a plant hardiness zone 4b by the United States Department of Agriculture (USDA).   Zone 4b is defined as ‘an area that experienced an annual average extreme minimum temperature within the range of -34°C to -32°C between 1978 and 2005’.  The current local mean annual temperature is only 2.8°C.  ABI also encourages interested parties from around the state to participate.  The foraging season for honeybees is short in Alaska, and bees are confined to the hive for extended periods by long cold winters.  Willows and dandelions provide the first pollen and nectar sources respectively through large parts of the state each year sometime in April, and the main nectar flow usually occurs in late June and early July.  Nectar production then declines as the summer proceeds and little foraging for natural sources can occur after the end of August.

The challenge for ABI is therefore to first identify, and then maintain the adaptive potential in lineages of bees that demonstrate behavioral and physiological characteristics that might allow them to perform sustainably under local conditions yearlong.  For example, the ability to initiate a rapid rate of colony build-up in response to favorable foraging conditions would be beneficial.  In addition, the ability shut down brood production to dampen or arrest the rate of colony expansion could conserve colony resources during periods of dearth.  Bees that overwinter in small tight clusters, and that are frugal with pollen and honey stores will also have a survival advantage in this region.  Frugality will reduce the production of digestive waste, a beneficial overwintering trait since the extended period of confinement limits opportunity for flight and cleansing outside the hive.  In addition, in light of the essentially ubiquitous distribution of the varroa mite, a population level ability to suppress and/or tolerate mite infestation will also be needed to limit, in the absence of treatment, colony level stress throughout the year.  Whatever the specific beneficial quality observed, survivability will initially be the main selection criteria.

In order to try and capture any rare beneficial traits, ABI will consider raising and testing daughter queens from any surviving colony.  Most of the commonly used commercial races are made available to Alaskans, including Italians (A.m. liguistica) and Carniolans (A.m. carnica) of various hues.  In addition, lineages from the northeastern United States and south central Alaska that have a degree of ‘Russian’ heritage, and have demonstrated suitability to Northern conditions are also available.  It is likely that these more northern adapted bees will be easier to overwinter in Alaska.

Most commercial available stock has been selected for rapid colony expansion and manageable temperament, and they can produce large crops of honey under favorable conditions.  Unfortunately, they may not possess many attributes (such as the ability to shut down brood production and frugality with winter stores) that might allow for high overwintering success in the North.  Consequently, losses tend to be high for the majority of Alaskan beekeepers who try to overwinter their bees.  Since many are deterred by the amount of work required and by the low probability of success, they simply sacrifice their colonies at the end of each season and order replacement packages for the following year.  Most queens that make it up to Alaska will never experience a second year of life, a period commonly recognized as the most productive of life. 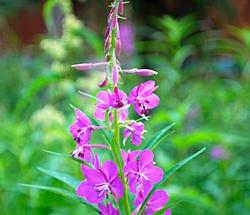